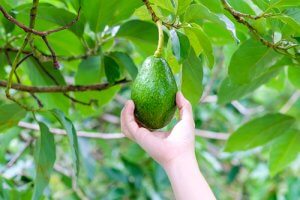 You may be unsure how to share your faith with someone who is hostile toward God. As I meet people on my journey through life, I always try to find out where they are on their spiritual journey so I can be an encouragement to them. That’s what Christ did. Sometimes I come across people who seem hostile toward God. That’s when I remember what I learned from picking avocados: “Don’t bruise the fruit by being pushy.”

A long time ago, I went to UCLA on a football scholarship. I injured my back, which ended my career. During my senior year, in 1966, UCLA went to the Rose Bowl Championship.

In 2016, I went to my 50-year reunion in Beverly Hills. Ben, one of the players, and I were standing in the buffet line on a Friday night, and I was asking questions to find out about his journey for the last 50 years. In that process, I asked him about his church background. Ben told me that early on, he listened to a radio preacher who said that if you did not follow Christ, you would go to hell. He said that this preacher’s message caused him to study hell, everything the Bible says about it, and even Socrates and Plato. At the end of his research, he decided that he did not believe in hell or a God that would send people there if they did not follow him. (I felt like saying, would you like some more salad?)

I told him that it was too bad that he didn’t start his study on God’s love because John 3:16 says that God so loved us that He sent Christ to die for us so that none of us would have to go to hell. I explained that God has created us as free agents and will not violate our free will, but that he does not want any of us to go to hell. I told Ben that God loves us, values us, and wants a relationship with us. I said that God wants to help us deal with all the stuff that life throws at us and that He is always knocking at the door of our hearts.

Ben said he struggled a lot with depression.

I said, “Talk to Him. He can help you with that. He loves you and wants to help you. Just in your heart, turn to Him and ask Him to help you. It has nothing to do with going to church.” 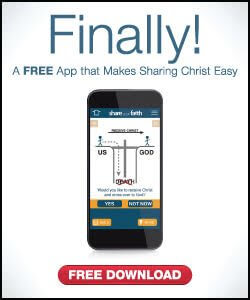 Ben seemed very open to that. I told Ben that I have an App that explains how to get closer to God and asked if I could show it to him.

The next day at the Rose Bowl reunion tailgate party, we accidentally ran into each other. Ben put his hand on my shoulder and said, “I prayed last night and received Christ. I told God that I was going to focus more on His love and on Jesus Christ. And today, I feel peace in my heart.”

“Good for you, Ben,” I said. “I think that’s why God put us together. He is reaching out to you and confirming that you are moving in the right direction. Can I pray for you right now?” Ben said he’d like that, so I did.

When you want to share your faith with someone who is hostile toward God, always honor the person and where they are on their spiritual journey. Don’t bruise the fruit by being pushy. God will continue to work on them. They just aren’t ready yet.