In this article, How To Respond To Mormon Missionaries, we will discuss how you can properly answer a Mormon who knocks at your door.

When it comes to sharing our faith, especially with someone from a Christian cult, we always have to keep to mind that the task is not to shame, embarrass, or manipulate the person to whom we are talking. Rather our goal should be to seek first to understand and then to be understood, as Franklin Covey has recommended.

Christianity vs Mormonism: Differences in beliefs

Understanding the differences in beliefs between Christianity and Mormonism will help you better communicate to Mormon missionaries.

Three of the core doctrines of the Historic Christian faith are 1) the deity of Christ, 2) the death of Christ, and 3) the salvation that Christ offers.

“For in Christ, all the fullness of deity dwells in bodily form” (Colossians 2:9).  In other words, Jesus Christ is God incarnate, God in human form. That is why Jesus Christ said, “He who has seen me has seen the Father” (John 14:9) and “I and the Father are one” (John 10:30).

“For Christ died for our sins once for all … that he might bring us safely home to God” 1 Peter 3:18. Christ’s death was sufficient payment for the sins of the world.

“For by grace, you’ve been saved through faith; and that not of yourselves, it is the gift of God; not as a result of works, so no one should boast” Ephesians 2:8-9.

Christ died for the sins of the world and then he rose from the dead to prove that he had purchased a place in heaven for us, which he offers as a free gift. He offers forgiveness, eternal life and a personal relationship as a gift of grace for all who believe in Him.

In contrast to these core doctrines, Mormonism teaches that Christ is not God incarnate, that Christ’s death was not a sufficient payment for the sins of the world, and that our salvation is not by grace alone because … Mormonism teaches that good works are also essential for our salvation. In other words, their beliefs deviate from the core doctrines of the Christian faith.

The Area of Authority

The Area of Authority is another major difference between Christianity and Mormonism.

“Inspiration is God superintending the human authors so that, using their individual personalities, they composed and recorded without error God’s Word to man.” Dr. Charles C. Ryrie

For Christians, the Bible is the final authority for faith and practice. The Book of Mormon, on the other hand, contains contradictions to what the Bible teaches.

I told him that I did not accept the Book of Mormon as another testament of Jesus Christ, because at the end of the New Testament God says, “If any teaching or revelation contradicts what is taught in the Bible, it is to be rejected (Revelation 22:18-19).”

The missionary said, “Where does the Book of Mormon contradict what is taught in the Bible?”

I said, “Tell me, how does a person get saved?”

I said, “There you have it. Mormonism teaches that our works are essential for earning our salvation. That is contradictory to what the Bible teaches. The Bible says, ‘For, by grace have been saved through faith; and that not of yourselves, it is the gift of God; not as a result of works, that no one should boast.’ Salvation is a gift of God, not a result of our works.”

At that point the Mormon missionary said, “All I know is that if you pray and ask God to show you the truth, He will.” In response I said, “I don’t need to pray. The Bible says if any teaching contradicts what the Bible teaches, to reject it. It is not a matter of prayer, but a matter of obedience to the Word of God.” 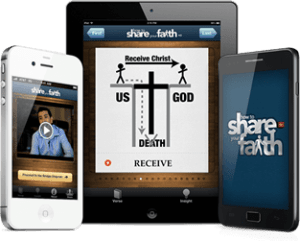 The Book of Mormon should be rejected because it contradicts the Bible. At the end of the Book of Revelation Jesus says, “I testify to everyone who hears the words of the prophecy of this book. If anyone adds to them, God will add to him the plagues that are written in this book. And if anyone takes away from the words of the prophecy of this book, God shall take away his part from the tree of life and from the Holy City, which is written in this book.” Revelation 22:18-19

The Book of Mormon has added to and taken away from things taught in the Bible. They have added works as essential for our salvation and they have taken away from the core doctrines of the Christian faith, as discussed above.

“But in order that you may know that the Son of Man has authority on earth to forgive sins.” He said to the paralytic… “I say to you, rise, take up your pallet and go home.” —Mark 2:10-12

3). The resurrection from the dead

[Christ] was declared the Son of God with power by the resurrection from the dead. —Romans 1:4

Therefore…God is now declaring to men that all people everywhere should repent, because He has fixed a day in which He will judge the world with justice through a Man whom He has appointed, having furnished proof to all men by raising Him from the dead. —Acts 17:30-31

Conclusion: Jesus offered these three lines of verifiable evidence to prove he was the Son of God.

Point: Faith (that Jesus is the Son of God) is a choice of what you believe based on the weight of evidence.

And based on the verifiable evidence that Jesus Christ is the Son of God, Mormonism should be rejected.