How to share your faith without an argument? When it comes to sharing your faith in Christ, remember that it is never your job to change someone else’s mind; the job is to direct them to Christ and He will help them to see the truth.

One of our goals is to avoid arguing with someone. Thus, you have to prepare yourself on how you might go about doing that before the conversation begins.

Listening is the key to a better communication

I would like to commend Stephen Covey’s Seven Habits of Highly Effective People, where the key communication principle is “seek first to understand and then to be understood.”

In the context of how we can share our faith without an argument, the same principle applies. We need to listen to the other person, understand the person, seek to answer his or her questions so the person will be open to listen to you in return.

Let me give you a life example that I had on a plane trip from California to New Jersey.

I was seated beside a doctor and a scientist. They were fully engaged in a conversation so I just prepared for the presentation I would be making that night in New Jersey.

After awhile, I took a break. That was when the scientist said that I had a remarkable presence about myself and asked if I was an actor or made any films.

I answered, no and told him that I’m a Christian. Both the scientist and the doctor were surprised and both expressed they did not expect my answer.

I asked them, “What is your church background?” Both indicated they did not have a church background. Then I asked, “Are you at the place in your spiritual life where you know for certain that if you died, you go to heaven?” And both of them thought they would.

So I continued and said, suppose you die and stand before God, and He says, “Why should I let you into my heaven? What would you say?”

The doctor and the scientist both talked about their good life and good works because of their careers.

I said, your answers are good but there’s a better answer to that question. I showed them the Share Your Faith app and explained what Christ has done for them so they could go to heaven.

My explanation made sense to them. The scientist, however, asked me some questions. I responded as best I could and he seem satisfied with the answers.

Then the doctor said, “I’m on my way to New Jersey to meet my mom who is dying of cancer and I don’t know what to say to her.”

So I said, I have a gospel track. I gave one to each and then I walked the doctor through it to explain how he could show it to his mom and lead his mom to Christ.”

Then the scientist chimed in and said, “I have a friend who was my best friend for my whole life. And at 32 years old, about six months ago, he died. I was with him when he died. I’m a scientist but science can’t tell me what happens when a person dies.” 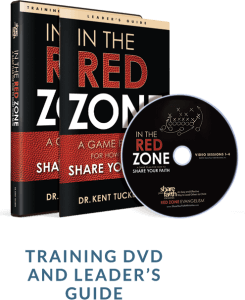 So I explained that Christ died for our sins and rose from the grave to prove that he has purchased a place in heaven for us, which he offers as a free gift. Christ offers forgiveness, eternal life and a personal relationship as an absolutely free gift, if we turn to him in our hearts and receive him as our Savior.

Both the doctor and the scientist promised that they would receive Christ on their own that night.

I further explained to them that God knows our hearts and when a person is open to God, then God will find a way to reach out to him. Then I said, “I think that is what happened to both of you. God knew your hearts, that you are open to him and I think that is why he put us together because He is reaching out to you, to help you turn to Him.”

They both resonated with what I said to the point where their mouths dropped open at the same time. They knew in their hearts that what I said was true.

That was the end of our time together as the plane landed. The doctor and the scientist both thanked me several times and promised that they would pray and receive Christ that night.

What is the point of the whole story? It is a classic example of how you share the Gospel and your faith without an argument. The key is to listen first, to answer their questions as best you can, to show that you care about what’s on their hearts. As Covey would say, “First seek to understand and then to be understood.”

Because I listened and responded to their questions, both the doctor and the scientist were open to me when I shared how to come to Christ.